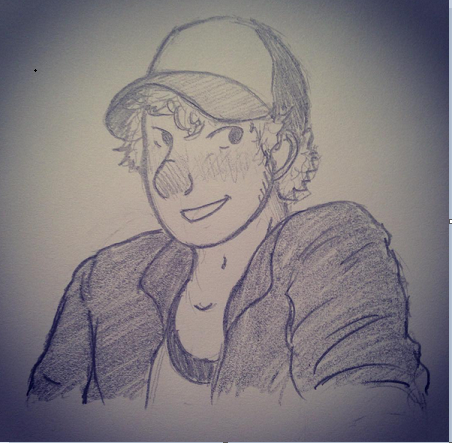 The town of Charlie, West Virginia boasts barely 500 residents--the small coal town was built in the 1800s into the side of a winding mountain, surrounded by untouched forests and open farmland on every side. Nearly half the town is a historic site and it's half an hour from a large university (and major grocery store, and school, etc). Charlie is also home to a large famiy of warlocks: the Daniels bloodline boasts an innate magical power, channeled through runes carved into the stocks of their hunting rifles and incantations scribbled in Sharpie on the dashboards of their trucks.

Jesse was born the youngest son of a large branch of the Daniels family, living in the rural mountainsides of Charlie. He has several siblings--four brothers and two sisters--with all of them living in a house their great-grandfather built. Several other houses line the twisting road, all of them his relatives. Jesse grew up a true country boy, helping his family hunt their own food and assisting them with their magical endeavours. After helping his family create a forest guardian that would protect Charlie from bears and scare off poachers, he becomes the first to discover that there was a flaw in the magic and it has slowly turned malevolent to its creators.

This section will be written when Pighead is completed.