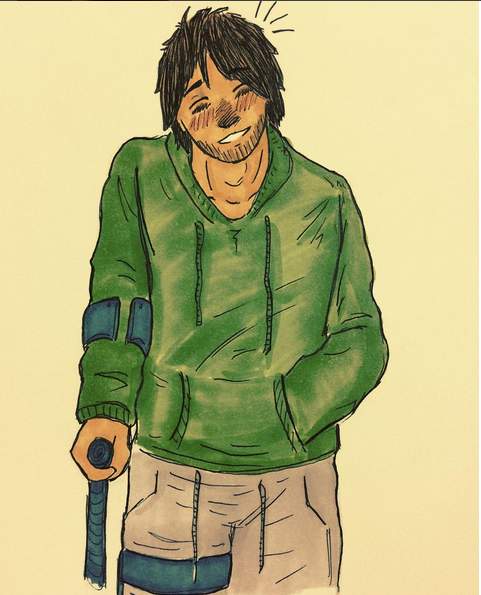 The Abernathy family has kept a single secret under wraps for hundreds of years. As the last surviving line of telekinetics whose powers have not been lost to history, the Abernathy family keeps strict traditions like Catholicism, practicing their hereditary abilities, and being deathly afraid of the Veneficium Initiative. But when Catherine Abernathy married Franklin Kealoha and gave birth to a son, she wasn't expecting her child to be priority one for the Veneficium Initiative's witchhunts against the last of the telekinetics.

Even though he was the most powerful living telekinetic, and possibly the most powerful telekinetic in known history, Devin Kealoha grew up with a fairly normal childhood. He lived in Spokane, Washington with his parents and currently makes a lot of jokes about how he was a stoner throughout most of high school. After an run-in with the Veneficium Initiatve that took both of his parents' lives, however, Devin pushed his abilities beyond what his body could handle. He became a monster known only as the Sunder for barely a minute before the whiplash of his telekinetic powers ravaged his body and left him permanently disabled. These days, he spends most of his time hiding in hole-in-the-wall apartment and struggling to keep a low profile to hide from the Initiative's prying eyes.

This section will be written when Aftershock is completed.

Devin is a bright-eyed if not constantly tired young man with messy hair and constant stubble because he never has enough spoons to shave, even if remembers to. He's a little chubby, too, but his boyfriend thinks it's cute and calls him "fluffy." One of his legs is paralyzed from the hip down and he has to wear a brace in order for it to bear weight. He walks with a crutch (sometimes two if he's tired) and needs a wheelchair but 1) doesn't have the money for it and 2) doesn't have the stamina to roll the thing around on his own. He has a few scars on his chest from the Sunder and his short time with the Veneficium. He has been diagnosed with Chronic Fatigue Syndrome, extensive muscle function loss, asthma, and early-onset arthritis, and also struggles with chronic pain and a compromised immune system.

Personality-wise, Devin is far more energetic than he can ever bring his body to be. He loves just about any hobby that doesn't require moving all that much: reading books ("Me Before You can get fucked, by the way"), watching movies ("Tom Hardy could suck my dick any day, look at him"), and especially playing video games ("-incoherant yelling about the latest Resident Evil game-"). As he doesn't have a lot of money, he struggles to persue his hobbies, but he finds a lot of video games for under a dollar on Amazon. He's also a pretty decent cook, able to make palatable meals with food stamps, and loves dirty jokes more than he should. He's a nerd with a bad sense of humor, and even though he recognizes and acknowledges the issues in his life, he doesn't think it's right to impose his bad mood on others. In short, he's an upbeat guy with a shining smile, even if there are bags under his eyes.